At Imagination Day conference in Warsaw I greatly enjoyed presentation by Anton Repponen and Irene Pereyra. Here’s an interview with this UX/design duo! 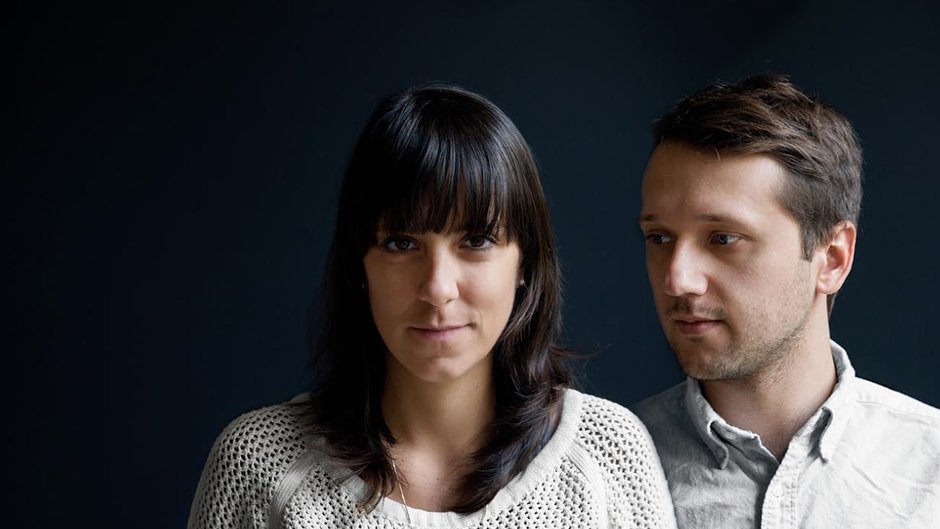 As User Experience Director / Designer, Irene Pereyra is responsible for translating business requirements into intuitive interactive solutions. A recipient of the prestigious Red Dot “Best of the Best” award, Anton Repponen is a highly influential designer in the digital creative industry. Together they run a design studio in NYC called Anton & Irene. Previously they both worked at Fantasy Interactive, one of the world's most respected digital agencies (Irene as a Global UX Director and Anton as a Global Creative Director). They were responsible for delivering creative solutions for clients such as Google, USA Today, Wacom and HTC, among others.

In your talk at ID4 you said that you don’t do user research. Why not and how do you convince clients that your design is right?

We are a design driven studio, and not a user research driven studio. We believe that good design comes from designers, and not from asking a bunch of people what they like and dislike. It's usually pretty easy to convince clients of this by using 2 very good and convincing quotes. The first one is from Braun designer Dieter Rams who famously said "We never did any consumer research during my time at Braun. We wanted to change the world". The second quote we use to back up our argument is another great one from Henry Ford, who was quoted as saying "If I would have asked people what they wanted, they would have said they wanted a faster horse."

How the „Discovery” phase usually looks like in your design process?

The Discovery phase is the most important part of our process, it's where we come up with the concept, document all the features, scope the time and cost of the work and do most of the ideation and solve the biggest problems. When we finish Discovery, we do a big presentation for the client, and ask for sign off on that before moving into production. Once we wrap up the Discovery phase, we know exactly what we're doing and it's super easy to move through production super fast without any hiccups or unexpected changes from us or the client.

Is there any advice you can give for pitching design to a new client? 🙂

Work hard, dedicate 100% of your time to it (do not try to dilute your time with other projects), come up with 2 different visual concepts and UX frameworks, and try to save one section of your presentation to go off brief so you can show your potential new client that you can help them push their ask further. And probably most importantly, create a KILLER presentation, both visually and from a "story" perspective, and present it well. That is extremely important.

What is striking to me about your site for Wacom is how much care went into presentation of the content. Often web designers have to work without final content with placeholder images and "lorem ipsum" until the very end of the project. Because client is responsible for the content and somehow it is always coming late. How do you overcome that?

For Wacom we had the luxury of working with actual models of the products, so we were able to direct the 3D of those projects to get the exact right assets we needed, and for copy we were working with a copy writer to tell the story we wanted to tell in the right tone. So, quite often we are not dealing with content having to come from the client, but we either create it, or guide them to let them know exactly what it is we need or require in terms of content for certain pages.

Recently Wacom site was redesigned with a new navigation. Would you want to comment on that? 🙂

Unfortunately most of the work that we are involved with gets changed after about one year of its launch. There are many reasons for that, but usually it's that either that the marketing team needs to spend their annual budget (and therefore want to change the website), or they were tracking the performance the site and are trying to optimize the clicks, or a new marketing or brand manager comes in who wants to put their stamp on the project... Could be many reasons, but it's almost a certainty that the project gets changed. Interaction Design is a lot like architecture in its process, but it's nothing like architecture in its longevity.

You were both managers at Fantasy. How big were your teams? What were your responsibilities? How much actual design work you were doing themselves and what was delegated to your teams?

Both our teams were between 10 and 15 people at any given time, and our main responsibilities were to take the client's brief, come up with a concept for them, and then guide the team during the production and implementation phase of the project. We would do most of the work during the discovery phase ourselves for the most important project (...at that time, there were other smaller or less projects happening at the same time for which we would be less involved). So we were doing hands-on design for the most important project of that time.

What makes a great UX designer? Anton, I am especially curious about your answer, because graphic designers and UX designers are sometimes like cats and dogs 🙂

A good UX designer is first and foremost a good "designer". They are also good at taking large quantities of information and breaking it down into manageable chunks and good at keeping their eye on all the details while also moving the bigger picture forward and clarifying the direction for the designers and the client. A good UX designer is super logical and should be able to out-argue any client and remove any doubts or vagueness from the structure or functionality.

Could you name some people that you think are the best and at the forefront in digital design today?

We like work that comes out of slightly different fields that relates more to interaction between design, code, video, etc. In that regard we love the work that is coming out of Red Paper Heart, and we are big fans of the work that GMUNK is doing (who is also a very good friend of ours and who did the background graphic of our website), but really we are not super concerned with what is happening in digital design and do not really follow trends or anything like that.

Can you tell us about what you're working on right now as Anton & Irene?

We just wrapped up working on a project in collaboration with Redscout that relates to American Healthcare, we are working on Karim Rashid's new portfolio website, we are in the process of creating an interactive documentary called "One Shared House" about Irene's childhood home in Amsterdam, we are also about to release a walking tour app for New York City, we are in the process of trying to produce Anton's "Ozo" watch and we have started working on a web app for the creation of a features and functionality matrix to help UX designers with their process, among many other things.

Please let me know if you’re looking for a article writer
for your blog. You have some really great posts
and I believe I would be a good asset. If you ever want
to take some of the load off, I’d really like to write some content for
your blog in exchange for a link back to mine. Please blast me an email if interested.
Kudos!

Excellent post. I used to be checking continuously this
weblog and I’m inspired! Very useful info particularly the closing part :
) I deal with such information much. I was looking for this certain info for
a long time. Thank you and good luck.